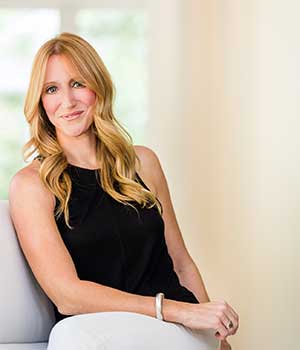 Lori Asbury is one of the original founders of CMOco and has guided the firm’s evolution since 2011. Upon the marketing firm’s inception, Lori co-owned the business alongside a digital marketing agency. Initially, the digital agency supplied infrastructure and resources to manage many of CMOco’s accounts. Over time, the President & CEO of CMOco began to build her internal infrastructure to serve clients more efficiently and expediently and capture more margin on the business being generated. In 2015, she bought out her partner's business share, and Lori became the sole owner, making CMOco a 100% certified woman-owned small business. In that time, Lori has implemented many strategic initiatives to drive revenue and expansion outside of the firm’s traditional accounts, which includes the recent formal strategic partnership with Innovative Product Brands (IPB), a leading medical & dental device manufacturer located in Highland, California. CMOco is working with IPB as a sales agent for the company’s GrooveSwab (sterile flocked & non-flocked collection swabs) & the SteriFlock Oropharyngeal and Nasopharyngeal Sterile Collection Swabs used in COVID19 testing, among other applications.

"CMOco’s value proposition has evolved. Initially, the focus was operating as an organization’s Chief Marketing Officer if one didn’t exist internally within the company."

CMOco’s value proposition has evolved. Initially, the focus was operating as an organization’s Chief Marketing Officer if one didn’t exist internally within the company. “What we learned is that once we developed the strategy, the companies we served had no knowledge or infrastructure in place to be able to implement the strategy. We had those resources and expanded them over time to be able to morph from being just our client’s CMO into their entire marketing team,” explains Lori. “CMOco operates like an organization’s in-house TEAM, providing the full resources of our firm for the same price a company would pay a mid-level marketing employee. No risk, no overhead. No long-term commitment required. We provide a seasoned results-driven CMO, backed by a skilled marketing team, to manage an organization’s monthly marketing and advertising activities. Just one flat monthly fee.” CMOco also operates as a full-service traditional advertising agency developing multi-layered ad campaigns and implementing those campaigns from start to finish – and does so for many clients.

When CMOco first onboards a new client, they don’t immediately jump straight to implementing marketing tactics without first having a strategic marketing roadmap in place. “We first start with quickly immersing ourselves in our client’s business. We want to know what they feel their competitive advantages are and how they are differentiated and unique,” says Lori. “When we have these key factors determined, then we can more easily identify the best marketing tactics, appropriate messaging and customer touchpoints to motivate and inspire their target customers into action.”

For instance, CMOco developed a comprehensive geofence and lead generation campaign for Premiere Martial Arts which consists of 85 locations across the United States. CMOco utilized multi-platform digital marketing techniques and technologies to reach multiple target audiences. Each campaign had unique creative to appeal specifically to each target audience. CMOco leveraged a paid premium social media campaign, Google Ad Words, and website retargeting – all with a tight geo-fence around each of the 85 US locations to drive awareness, lead conversion and sales. Each target audience was served custom display or video ads that had specific messaging to inspire them into action. Once engaged, customers were retargeted with messaging based on where they either opted in or out of the sales funnel. If customers opted in, they were served “thank-you” and “next steps” messaging. If they abandoned their cart, or only made it partially through the sales funnel, they were sent custom ads to reengage them. “The great thing about digital marketing technology is that it allows you to get very granular in how you target and engage consumers. Using a push-pull strategy across layers of target-audiences allows us to capture more campaign share-of-voice, and drive a higher rate of conversion,” said Lori.

For the days to come, Lori aims to build value for the company outside of her personal intellectual property; create new, recurring, and sustainable revenue streams that aren’t necessarily tied to their core account business, while at the same time continuing to add more accounts monthly. “I have added three new business development team members in the past two years focused on various regions throughout the country and launched several non-traditional programs to drive growth,” says Lori. IE

We’re Your Chief Marketing Officer When You Need One CMOco provides your organization the knowledge, experience and abilities of a seasoned, highly-skilled Chief Marketing Officer and marketing team without the burden of full-time executive salaries and overhead. We provide a full-service, one-cost, total solution to your marketing services needs. No overhead. No risk. CMOco develops high-level marketing strategies that support your business goals, and then we manage the day-in, day-out execution of those strategies. We can operate as your marketing team, leveraging the full resources and expertise of our firm to help you grow your business. We keep it simple and affordable and deliver superior results. 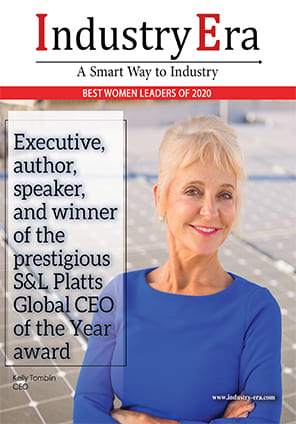