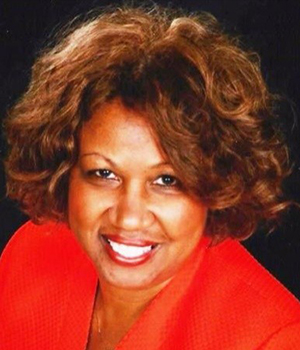 In case you haven’t noticed, “Reality” is BIG business. There are “Reality” shows about everything and everyone on every type of media – from FB, Pinterest, YouTube and other SM platforms to television. Reality is all the rage.

But media is not the only “industry” capitalizing on “Reality”. In his article, at CIO.com entitled, “Google Glass Takes Flight at Boeing”, Al Saaco says that “Reality” is aBillion Dollar market in the US alone!

“ AR applications and systems are expected to represent a $105 billion market for U.S. enterprises within the next 15 years, according to Index AR Solutions, a company that builds custom enterprise AR apps. That number includes $49 billion in hardware, $45 billion in related services and $11 billion in software. In other words, AR and related wearables represent a major opportunity for businesses”.

Saaco's article focuses on the use of AR in aviation, specifically Boeing. But VR, AR, and MR are not just being used in aviation. Reality applications are widely used in academia, automotive, the food industry, government, healthcare, manufacturing, and other industries.

Do you know the difference between AR, VR, and MR? Have you begun to think about how the use of “Reality” might affect your business – your operations, products & services, IT infrastructure, and your people?

Here’s an excerpt on Reality from the book, Leading Change, A Practical Guide for Change Agents to get you started.

Coined in 1990 by Boeing researcher Thomas Caudell, the term augmented reality was used “to describe how the head-mounted displays that electricians used when assembling complicated wiring harnesses worked”.

One of the first commercial applications of AR technology was the yellow "first down" line that began appearing in televised football games sometime in 1998.

Today, Google glass and heads-up displays in car windshields are perhaps the most well-known consumer AR products, but the technology is used in many industries including healthcare, public safety, gas and oil, tourism and marketing.

What Is Virtual Reality?

"an artificial environment that is created with software and presented to the user in such a way that the user suspends belief and accepts it as a real environment. On a computer, virtual reality is primarily experienced through two of the five senses: sight and sound."

"A 3-D image that can be explored interactively at a personal computer is said to be the simplest form of virtual reality."

What Is Mixed Reality?

Mixed Reality (MR) is just that: a combination of augmented reality (AR) and virtual reality (VR). According to Wikipedia,

"Mixed reality takes place not only in the physical world or the virtual world, but is a mix of reality and virtual reality, encompassing both augmented reality and augmented virtuality via immersive technology "

AR, VR, and MR in the Real World

Did you ever watch Star Trek? I love the scenes where Bones pulls up a hologram to view the injuries of his starship mates, treats them immediately, then sends them on their way. Similarly, R2D2 pulls up a hologram of the Death Star on the fly to show Luke and Hans Solo how to navigate during their air strikes. The Star Wars and Star Trek movies are extremely high on my list of “next gen” films! I know, I know…they’re really not all that next gen because much of the technology in these films is being used right now.

Seriously, I watch my grandkids put on a “VR” headset to “fight” with a holograph of Darth Vader. And I have worn 3D glasses at the movie theater to experience the scenes in the movie virtually – as if I am right there on the set.

And let’s not forget all the frenzy around Pokémon GO™, a game that uses AR+, built on Apple’s ARKit™. All fun and games - and it’s all good, right? Not really. You see augmented, virtual, and mixed reality are not just being used by video gamers and movie goers. And Apple™ is not the only Tech company in the game!

Worshipping at the Tomb of Connectivity?

“ Airplane wiring diagrams are complex. And when technicians are wiring a plane there is zero room for error. That’s why Boeing is testing augmented reality technology to give technicians real-time, hands-free, interactive 3D wiring diagrams - right before their eyes."

"The cross-functional team working on this technology has made a step-change break-through in our quality and productivity by following their passion to pursue a great idea."

"We don’t often see 40% improvements in productivity, and I’m convinced that it was a culture of innovation and leaders who are willing to say ‘yes’ that enabled this idea to come to life."

"Using augmented reality smart glasses, technicians can see where the electrical wiring goes in the aircraft fuselage. AR also allows them to roam around the airplane, while seeing wiring renderings in full depth within their surroundings; they can also access instructions hands-free.”

Doctors at the famous Barts Hospital in the UK use VR to stream life-saving operations to students worldwide while surgeons use AR to make sure surgical procedures are performed accurately. With AR and VR more accurate remote diagnosis, self-diagnosis, training, and in-home post-operative care are all possible.[iv]

According to Sue Workman, CIO at Case Western Reserve, medical students at the Cleveland Clinic will be studying virtual bodies using Microsoft HoloLens™.According to Workman:

“We’re building a health education campus with Cleveland Clinic -- a 485,000-square-foot building scheduled to open in 2019. It will house our schools of medicine, nursing and dental medicine, including Cleveland Clinic’s Lerner College of Medicine. Microsoft’s HoloLens™ MR technology will allow the students to be taught anatomy without cadavers and cadaver labs. The VR technology projects 3D anatomic holograms into the class room, where students can see them from all angles and interact with them.”

These reality systems not only replace the use of old manuals, but allow a hologram of the device, location, electronics, wiring, information, media assets, and more to be visible in real time resulting in increased productivity, better quality, and reduced costs.

According to Chad Holmes, principal and cyber CTO at professional services organization EY, many companies don’t have the back-office capabilities required to support AR, MR and VR:

“The technology is there, but a lot of improvements need to be made to old legacy systems to make sure that these types of technologies can function how they’re supposed to. For most, it’s a big investment”.

Holmes and others cite the security issues raised by the addition of new remote devices with wireless data sharing as another big concern:

“So much is new and untested when it comes to AR and VR. We don’t yet know all the ways in which these solutions can be vulnerable. You’ve got to think about what they’re going to be used for — what they’re actually transmitting and looking at.”

Jake Widman also advises IT enterprises to get ready for these new technologies by recruiting staff with the right expertise, getting help from the experts, and starting a pilot. In his Computerworld.com article, “How IT can prepare for VR, AR, and MR in the enterprise”, Widman says that the time for IT to get started on “Reality” is now:

“Whether you line up partners, start talking to integrators, set up a skunkworks, recruit staff with the right expertise — or all of the above — it’s not too late to get started. Remember, it was only about three to five years ago that BYOD was regarded as a new trend. For IT departments, reality in any form comes at you fast.”

Are you ready for “Reality”? Do you understand how the Reality market might affect your business?

Are there opportunities to use VR, AR, or MR in your organization?

Has your company invested in the infrastructure required to capitalize on the opportunity associated with these new technologies?

How will your organization’s human capital management (HCM) strategy change? How will you provide workforce development to empower/enable your workforce to capitalize on the use of VR, AR, and/or MR?